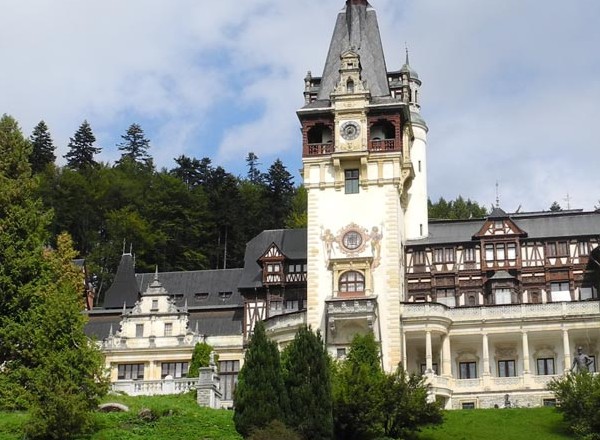 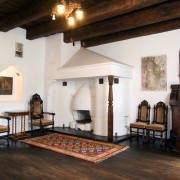 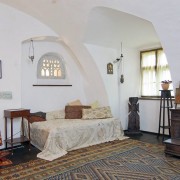 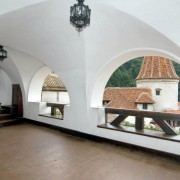 Bran Castle & Peles Castle, both in one day

This is a private tour. It includes pick-up from your hotel and drop-off.

You will be picked-up in the morning from your hotel in Bucharest. After we leave Bucharest, we pass through a chain of villages from southern Romania till we reach the Prahova Valley where the landscape is different. Here we go through one of the most mountainous picturesque places, with mountain resorts spreading across it. Deeply carved by the homonymous river, the Prahova Valley is an unforgettable display of the splendours which nature most generously endowed it. This valley is a narrow corridor between Transylvania and Wallachia, an ancient road that is crossed by both rail and motorways, making it one of the most visited routes in Romania.

During this one day trip from Bucharest you will have the chance to discover the famous castles of Sinaia Mountain Resort â€“ which served as a residence for the Royal family. The development of Sinaia began once the construction of the famous Sinaia Monastery had started in 1695 and it turned into an important settlement. The fast pace of Sinaia`s growth was connected to the development of the extractive and oil processing industries in the south Carpathian area, and to the construction of the road that connected it to Bucharest at the end of the 18th century. Other fact that lead to Sinaiaâ€™s development was the construction of the railway (1879) and of the Peles Castle. Being one of the oldest urban mountaineous settlements in the country, Sinaia was declared a town in 1880.

The Peles CastleÂ  is one of the best-preserved royal palaces in Europe. On the inside as well as on the outside, the castle is full of ornaments , elaborately carvedÂ  wood sculptures, and paintings.

We will continue to Bran Village, going through a breathtaking mountain landscape, and we reach the legendary Dracula`s Castle.The first historical reference of the Bran Castle is a document issued on November 19th, 1377 by Ludwig I dâ€™Anjou, by which Brasovâ€™s inhabitants received the privilege of buildingÂ  a fortress. The Bran Castle was restored under the supervision of Karel Liman, a Czech architect in the service of the Royal house of Romania (1848-1929),who refurbished the interiors of the castle as a residence for Queen Maria.HeÂ  turned it in a beautiful summer residence surrounded by a park with alleys, a lake, fountains and the Tea house of Queen Maria where, nowadays, the tourists can drink several beverages. In 1938 Queen Maria of Romania bequeathed the Bran Castle with all its domains to her daughter Princess Ileana, who owned it until 1948.

We will also make a tour of Brasov before returning to Bucharest, which according to historical references from 1234, was called Kronstadt. During the second half of the 14th century it was confirmed as the administrative and ecclesiastic center of the region of Tara Barsei, â€œthe free Royal townâ€, one of the economic and cultural centers of Transylvania.

The capital of Brasov County, the city of BrasovÂ  is situated in the central part ofÂ  Romania, about 166 km North of Bucharest. Surrounded by the southern peaks of the Carpathian mountains it is part of the Transylvania region. Because of its central location, Brasov is a good starting point for trips all around Romania. The old part of the city is very well preserved and can be seen either by walking or by taking the cable-car that takes you to the top of of TÃ¢mpa Mountain (995m) that offers you a beautiful panoramic view.

We return to Bucharest in the evening.

INFO! The traffic to the mountain area may happen to be busier than expected, especially during the official holidays and weekends, so the return could be later than scheduled (around 9 -10pm).

Be the first to review “Bran Castle & Peles Castle, both in one day” Cancel reply